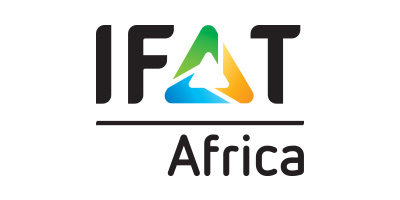 IFAT worldwide
Messe München’s competence in organizing environmental-technology events is demonstrated not only in the world´s leading trade fair for the sector, IFAT, but also in a range of other international trade exhibitions around the world. The spectrum encom-passes IFAT Africa in Johannesburg, IFAT Eurasia in Istanbul, IFAT India in Mumbai and Delhi, as well as IE expo in Shanghai, Guangzhou and Chengdu.
www.ifat-worldwide.com

Messe München
Messe München is one of the leading exhibition organizers worldwide with more than 50 of its own trade shows for capital goods, consumer goods and new technologies. Eve-ry year, a total of over 50,000 exhibitors and around three million visitors take part in more than 200 events at the exhibition center in Munich, at the ICM – Internationales Congress Center München and the MOC Veranstaltungscenter München as well as abroad. Together with its subsidiary companies, Messe München organizes trade shows in China, India, Brazil, Russia, Turkey, South Africa, Nigeria, Vietnam and Iran. With a network of associated companies in Europe, Asia, Africa and South America as well as around 70 representations abroad for over 100 countries, Messe München has a global presence.
www.messe-muenchen.de